You are welcome here

We have an updated message to our congregation.
Click on this window for our latest schedule of events, Beacon newsletters, important news and worship opportunities.

We are proud to be a congregation of the Evangelical Lutheran Church in America. As Christ’s church, we value the richness of God’s creation and offer a radical welcome to all people, appreciating our common humanity and our differences. 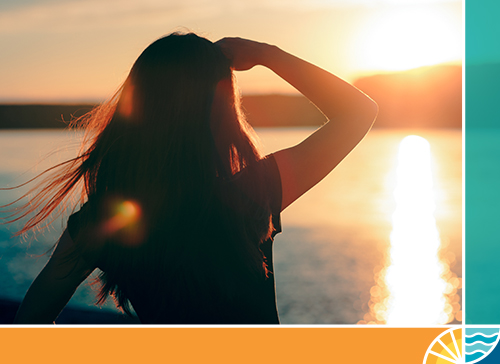 Our church is welcoming and inclusive, with a focus on a Cross+Generational ministry, celebrating individuality and exploring scripture as it intersects with modern life.

We offer activities online and ways to serve within our community. To see our current list of opportunities, please visit our STORIES pages.

All are welcome to join us currently online for worship every Sunday at 10 a.m. through our YouTube Channel (click here).

Pastor Sarah joined our congregation in May of 2019.  Her bio is available on the link below. You may read Pastor Sarah’s blog under the heading “Stories” located above.  Join us virtually on Sundays at 10 a.m., and connect with her via email or by phone.

Pastor Sarah Stobie comes to Bay Shore after serving a congregation in the suburbs of Philadelphia. She and her husband, Pete, moved here to Milwaukee and bought a home this past May. Pastor Sarah was born and raised in Michigan—baptized in a Lutheran Church in America congregation, and confirmed at the University Chapel (Lutheran Church–Missouri Synod) while a student at Western Michigan University. She has a bachelor’s degree in Professional Writing and also in Spanish. After graduation, she began working in a Reformed seminary in Holland, Michigan, where she met her first female pastor. Since she herself felt the call to ministry at 11, but was discouraged from pursuing, it was here she felt strengthened to leave the LCMS and serve God’s church with a different denomination. As a single mother of 2 daughters, she began her studies for a Master’s in Divinity, which she received in 2001 from Western Theological Seminary. During this time, she also worked for 2 churches in children’s ministries. After graduation, Pastor Sarah took some time for discernment (and to pay bills!). During this time, she met her husband, began working full time at an ELCA congregation, and began pursuing ordination in the ELCA. She was ordained in 2010, and began her call at the same church which welcomed her, Trinity Lutheran in Grand Rapids. She worked for Trinity for 9 years, and then felt called to pursue ministry in a new setting in Pennsylvania. After serving there as a solo pastor, Pastor Sarah again felt moved to pursue a call and the Spirit led her to Bay Shore for an interview during the Polar Vortex of 2019. After meeting with the Call Committee and much prayer, she accepted their call as Pastor on April 16, 2019.

Pastor Sarah is passionate about serving Christ in the context of the parish. She finds joy in sharing God’s love, preaching the Word, and helping those in need. A lot has changed while she has been working in churches, but Pastor Sarah feels these changes are simply the kingdom’s expansion and expression of God’s love. As she serves at Bay Shore, she hopes to equip members to be leaders of intentional change and grace-sharers in our many ministries.

Pastor Sarah is supported by her husband, Pete, and her two daughters, Amy and Lucy Jane. When she is not doing ministry, she enjoys spending time at home reading, watching Netflix!, and doing various projects. As winter settles in, she knits and crochets.

Come to worship on Sunday and meet Pastor Sarah! She would like to get to know you, your story and how you would like to become a part of the Bay Shore family. You are welcome here. Come as you are!